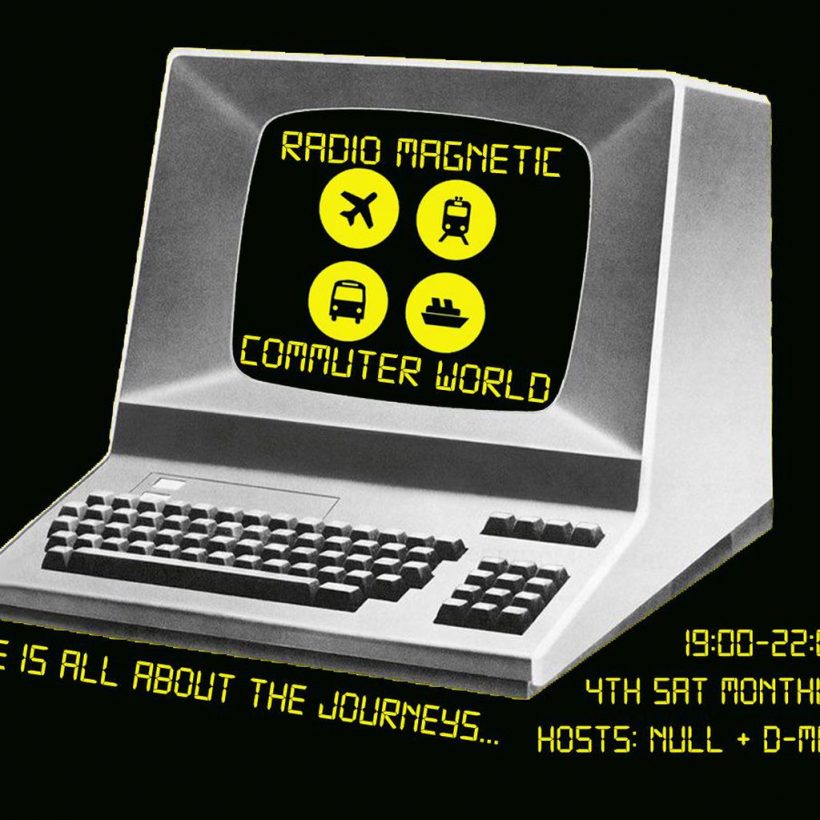 Commuter World Episode no.2 on Radio Magnetic, hosted by djs Null & D-Mac and featuring special guest from Glasgow stalwart Jamie Thomson. Jamie has been resident at Max’s bar for many years since it was first opened, he and Kev Stevens helped to cement its reputation for being one of the best places to go in the city for all the heads, alongside it’s sister club venue La Cheetah. Blending a mixture of house, techno, disco, italo, and electro (funk), it’s safe to say that Jamie covers all bases in his DJ sets. He’s been at it long enough, with a couple of his own nights under his belt (Basic Level and Nurture at Club 69), then moving on to join forces with Traxx in 2004. Nowadays, you are likely to catch him playing round at Max’s or doing his monthly radio show, Saturday Manatee also on Radio Magnetic.
Tweet
Pin It